Bayu Pratama has been no stranger to racism since arriving in Australia from Jakarta eight years ago.

But he is pained and appalled by the public treatment he has faced during the COVID-19 pandemic, and by racially charged comments he’s seen near daily on social media, through his involvement in community groups.

“A lot people are looking at me as if I was the one who brought in COVID-19 into Australia,” he says.

Bayu often hears people mumble at him on the street, and there has also been blatantly racist behaviour, leaving the 24-year-old feeling hopeless.

On one occasion, while Bayu was walking down the street after buying a coffee, an elderly woman saw him from a considerable distance, stopped and started putting on a mask.

“I feel devastated, I feel angered,” Bayu says. “I feel upset, but at the same time I do feel sorry for her because … she may not be comfortable around people of colour.”

The COVID-19 pandemic has thrown his wedding plans into disarray and he worries for his fiancée, who remains in West Java, Indonesia, and whom he hasn’t seen since February. He is also devastated by tens of thousands of Indonesians being infected by the virus.

The couple have put their wedding on hold and hope to eventually exchange vows in both countries.

“I don’t think an online wedding would be ideal and it’s not something that I want to try,” Bayu says.

“It’s a celebration once in a lifetime and to do it online, I don’t think it’s reasonable, unless the Zoom party can throw a flower at me, then 100 per cent for sure; then that might be on the agenda.”

Bayu had to defer his university social work studies after being made redundant from his job at the Melbourne Racing Club, where he enjoyed working as a waiter in the evenings.

“I knew that I couldn’t pay for my university if COVID was happening,” he says.

“It’s a bitter pill to swallow … it has definitely made me stress a lot.”

Bayu now receives the JobSeeker Payment but does not want to rely on such government support long term. He worries about what a post-pandemic economy will look like, particularly for young people and the hospitality industry.

“There are certain stereotypes of being a ‘dole bludger’ but in actual fact I do want to go out and contribute in any way, but unfortunately physical form of contribution to society is being limited so I can’t really do that.”

Bayu says he exercises weekly and meditates daily in an effort to manage the impact of the pandemic on his physical and mental health.

The pandemic has prompted him to cook more fried foods and eat less fresh produce so he can avoid going to the shops, and his typical meal times are later than before; not eating breakfast until midday and dinner until around 9pm.

Bayu leads the AFL Indonesia-affiliated Krakatoas Football Club, which shut down during COVID-19 restrictions. For around two months he had no exercise whatsoever for fear of sending the wrong message to his community or catching the virus.

“It’s just, for me, I do have sort of the contradiction of whether that (going outside for exercise) is responsible or irresponsible,” he says.

“So I do have a certain dilemma in my head whether I should go outside – what if I catch COVID-19 and I expose my share housemates?”

Despite the uncertain atmosphere, Bayu says his Caulfield home is filled with laughter and the COVID-19 situation has brought him closer to his five flatmates, who are sharing aspects of their Indian culture with him through food and offering support.

What’s been you experience of life during COVID? 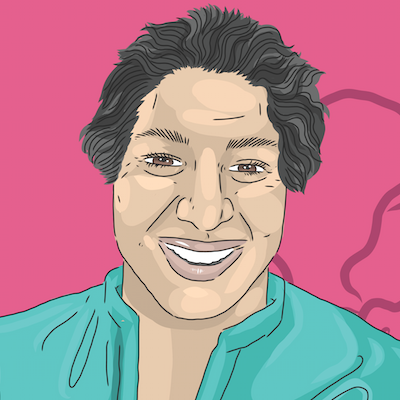 Next: You have to be your own cheerleader: staying positive in COVID