Victoria has failed to invest in public and community housing, and this failure is contributing to a host of significant problems for our state.

That’s not a political point. The blame is shared by various political parties across successive governments and several decades.

One of the most alarming indicators of crisis is the number of people on the waiting list for public and community housing. It’s currently more than 82,000.

According to an analysis from the Victorian Public Tenants Union, the waitlist will hit 100,000 by the middle of 2020—that’s enough people to fill the MCG.

And the problem will only get worse if we fail to act now.

Separate to the massive waiting list for public and community housing, there are nearly 100,000 Victorians currently living in extreme housing stress.

These people are mostly in the private rental market. But with very little money they have little, if any, power in this ‘marketplace’.

They’re in housing situations that are not sustainable, which they signed up for to get a roof over their heads. Keeping that roof might mean not using the heater in winter, or only buying food every second week. It means doing without other basics to pay the rent.

We can see signs of the current crisis in the increasing number of people who need to access homelessness services more than once.

Ideally, someone doing it tough should be able to get help and stabilise their housing circumstances relatively quickly. But in the last five years that ideal has become increasingly remote as homelessness services don’t have the resources, the funding – or the homes – to pull people back from the edge.

Watch the full video on the Parliament of Victoria Facebook page.

The people closest to this edge are our society’s most vulnerable – among them, Victorians leaving state care, such as prisons, out-of-home care and mental health facilities. The state of Victoria is officially responsible for these people; yet what responsible carer would let someone move out into precarious housing or homelessness?

There are also inextricable connections between homelessness and family violence, with lack of housing one of the main reasons that women and children stay in, or return to, unsafe homes. And a lack of single-bedroom properties means that domestic violence perpetrators often can’t be removed from the family home.

At the moment our public housing stock, as well as being inadequate across the board, does not match the needs of our ageing, growing and diverse population.

We need to turn this situation around, with a Big Build of diverse housing stock.

The economics here shouldn’t be ignored. Not only would A Big Build help end homelessness, it would put tradies in work and stimulate the economy.

By some calculations, about 80 jobs are created for every 100 units of public housing built. So a pipeline of 6,000 new properties annually would give meaningful and ongoing work to roughly 4,800 Victorians.

There are some big scary numbers for Victoria to face up to in tackling the problem of the housing crisis.

On the bright side, this means addressing the housing crisis will have positive flow-on effects for other areas like family violence, mental health care and prison recidivism.

There’s a popular proverb that says “the best time to plant a tree was 20 years ago, the second best time is now”.

It’s true for housing, too.

The best time to fix Victoria’s housing and homelessness crisis was 50 years ago.

This call for a bold plan to end homlessness in Victoria appears in A State Of Wellbeing, VCOSS’s formal submission to the Victorian Government ahead of the 2020 state budget. 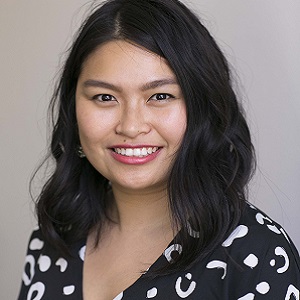