Like many people who find themselves homeless, David Montgomery was once securely employed and had a regular place to live. He was paying off his home. 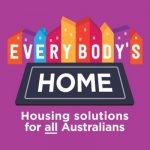 But while working for a Victorian Government department, David fell victim to the push towards privatisation and was made redundant.

For many years David took whatever work he could find to make ends meet – casual jobs, part-time work – but found that he couldn’t get back into the permanent workforce. David is diabetic, and his precarious work situation took a toll. His physical and mental health deteriorated until he had to be admitted to hospital.

He was on the Disability Support Pension but couldn’t cover his mortgage.

While he was in hospital the bank foreclosed and David lost his home. But this was years before the current Royal Commission into banking practices. Nobody seemed to care.

The loss of his home marked the beginning of a long period of insecure housing – the kind of homelessness that is not always obvious, not represented by the image of ‘sleeping rough’. Many people experiencing homelessness will find themselves couch surfing, or sleeping in their cars, or, like David, living in tenuous and inadequate conditions.

David was offered space in rooming houses where there were holes in the floor, mouse droppings, no refrigeration for his insulin.

“I’ll die if I go in there,” he thought. But his options were limited.

He lived for two years in supported accommodation, in conditions that put his physical and mental health in danger: with other residents who had serious dementia issues or were suffering psychotic episodes and were violent. “One of them tried to burn himself in the front yard.”

“It’s fantastic, it feels like a home,” David says. “It’s made so much difference to my life.”

His apartment, which is close to shops and public transport, and fitted with mobility aids that allow him to live safely with his health conditions, has allowed David the security to move on with his life, to make connections and contribute to the community.

For the last eight years he has been part of the Council to Homeless Persons, working to improve the conditions of people in insecure housing and give them a voice. “I know a lot of people who live in rooming houses, it’s absolutely destroyed them.”

Social housing, David says, makes so much difference to people.

“It gives you the opportunity to go out and get on with your life instead of being stuck in isolation. It’s social inclusion, it’s about community, getting to know people. I would not be able to do what I’ve been doing over the years if I hadn’t been here. It’s so important for a person to feel like they’ve got security.”

Ultimately David’s story is a testament to the importance of all Victorians having not just a roof over their heads, but a place to call home.

But it shouldn’t come down to luck.

Victorian has the power to create affordable housing, combat homelessness and make renting fair. The state controls the policy levers.

What the thousands of Victorian like David need isn’t luck. It’s immediate, sustained and bipartisan action.