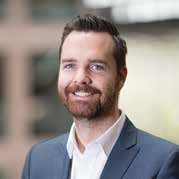 A link between the weather and our mental wellbeing has been long established, and it’s more than just the ‘winter blues’ or feeling energised when spring finally breaks.

Seasonal affective disorder is a recognised condition where people experience a type of depression when the seasons change – usually as winter descends. A seasonal drop in melatonin and serotonin, the hormones that affect sleep and mood, is partly behind the mental shift.

But does the relationship between the temperature and our mental wellbeing also extend into the home?

Many Australians experience so-called ‘energy hardship’, which means they struggle to access enough affordable energy to live a comfortable life, and often have to make sacrifices in other areas to stay connected to power.

For this group, the ravages of both seasons are more pronounced; they swelter through summer and shiver through winter.

So researchers are now examining the link between ‘energy hardship’ and mental health.

People with poor mental health are three times more likely to struggle to pay their power bill, according to a 2018 report from the Victorian Council of Social Service and RMIT University.

The report, ‘Battling On’, also estimated nearly three-quarters of people with poor mental health are in payment difficulty on either a temporary or persistent basis.

The report acknowledges a “significant relationship” between mental health and persistent energy hardship, and suggests several reasons why this relationship exists.

These suggestions make for fascinating reading.

The report speculates that having a mental illness can make energy bills more unaffordable. If a person with mental illness is struggling to get a job, maintain their employment and earn a good wage, they will have less money to spend on power. And if they are working less, they are probably spending more time at home. This can push up their power use, meaning even higher bills.

Being worried about falling into debt, or missing meals to save for energy bills all impact on a person’s mental health. Sometimes people resort to turning off appliances, like heating, to reduce their bills.  But living in a cold and damp home can cause physical discomfort, stress, stigma, and anxiety about the health consequences, especially for children.

A UK project Change4Warmth aims to address energy poverty among people with mental illness. “Yes, I’d say being too cold does bring you down a bit at the end of the day,” one participant reported. Another noted that cold affected their mental health, including concentration, motivation and “get-up-and-go.”

Having a mental illness can also make it harder to navigate the complex and rather opaque world of power pricing and household finance more generally.

Take the example of a woman with generalised anxiety disorder. This condition can lead to excessive worry, tiredness, difficulty concentrating, irritability and even physical discomfort. It can be triggered by certain forms of communication, such as opening bills or talking on the phone.

How well can this woman realistically be expected to navigate confusing and confronting tasks, such as comparing different energy offers or approaching her energy retailer and asking for a better deal?

This difficulty was explored in depth in ‘Seeing through the fog’, a 2017 report from the Money and Mental Health Policy Institute.

It introduced the concept of the ‘good consumer’ who is expected to shop around for utilities, stick to a budget (even with stagnant pay) and somehow become impervious to misleading marketing campaigns. Full responsibility for making sure you get the best deals rests with you: the individual.

“Being a ‘good consumer’ is hard for everyone,” the report finds, “but consumers with mental health problems can find that challenge not just difficult but impossible to meet.”

“Consumers tell us they feel stuck in a fog, where getting out of bed is hard enough, let alone choosing an insurance product, negotiating for a refund or comparing energy tariffs.”

So we know there are strong links between mental health and persistent energy hardship. Further investigation is necessary to better understand these links, and to provide evidence-based recommendations for policymakers. In the meantime, it’s clear that health services can be important settings for providing energy assistance, given the increased vulnerability of people using them.